What is the Mandela Effect?

Have you ever remembered something, and you swear that it happened just how it is in your head, but in actuality, it is different? Oddly enough, your friends, your friends’ friends, and many other people you don’t even know remember it exactly as you do! Or, there’s the other side of the coin, where everyone seems to remember something happening a certain way, but it turns out to have happened a different way.

How could this be? Why does everyone remember the same thing, when it is wrong?

This is known as the Mandela Effect.

The name comes from the most famous example of the Mandela Effect, where a South African leader known as Nelson Mandela was remembered by many different people to have died in the 1980’s inside of a prison. People said they even remembered a number of details about the funeral back then, which they said was televised.

Fiona Broome named the effect and created the website MandelaEffect.com, documenting the first-discovered incidence of this phenomenon.

“The first reported memories included Nelson Mandela’s funeral in the late 20th century,” Broome writes on her website. “Many people – in several countries –  remembered nearly identical details of that funeral coverage. None of us could explain that coincidence.”

Is the Mandela Effect Real?

The Mandela Effect is essentially when a large number of people remember the same thing, and that thing is not real or is different from what everyone remembers. But why does this happen?

There are many different theories for the causes of the Mandela Effect. Some attribute it to paranormal things, while others try to explain it with logic and science.

Any theories could potentially be true. Here are both sides of the coin, both logic and paranormal.

If you are a logical thinker and choose not to believe in paranormal things, this will explain the mentality behind it and how it is possible that a large number of people may remember the same thing.

An example is an experiment done by psychologist Elizabeth Loftus, where they showed random people a clip of a traffic accident, and then asked the people a multitude of questions. The questions were asked with different words to different people, usually having slight changes in words, such as making a word more dramatic. The people who were subjected to the changes in the questions would often have the wrong answers. That’s because the slight changes in words made people have presuppositions and assume things that were untrue.

The Mandela Effect would assume this would simply happen because of the media and other things in more famous cases. Essentially causing one big coincidence among most people, making them remember things differently.

If you believe and enjoy paranormal things, this is the best reason for you. There are a number of theories out there, and if you’re interested, we suggest you do your research. But one commonly accepted reason for the Mandela Effect could be that everyone was moved to a parallel universe.

This idea is saying that essentially, in the original universe everyone was in, Nelson Mandela did in fact die. For whatever reason though, people were moved to another universe where Nelson Mandela never did die.

There are many different potential reasons, such as two parallel universes somehow becoming one, or maybe some sort of higher power. There is much speculation to be had, and in actuality, this comes down to your thoughts.

Your turn: How do you perceive the Mandela Effect? 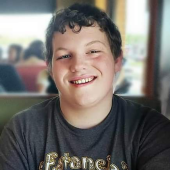 5 Powerful Tips On Strengthening Your Intuition